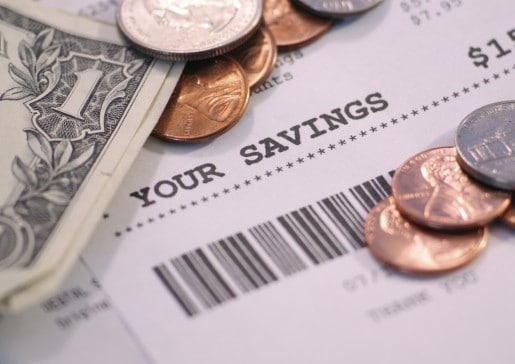 It was confirmed that Andon would indeed need surgery and we were just wondering where the money would come from! That’s when the big idea, as in “The Big Idea” with Donny Deutsch came on and I learned a new way to “earn” money.

This lady came on, her name was Teri, and she shared how she had this site to help teach people how to save using coupons. She shared her receipts and showed how much she had saved. I was blown away!

So after hearing Teri speak, I signed up for her service (The Grocery Game in case you’re wondering). It was through that, that I learned how to use coupons strategically. It was literally just a few months that my basement was overtaken with our stockpile and our grocery budget was literally cut in half – IN HALF!!

After this revolution, I shared the service with all of my friends. I also started an email chain of other great deals I would find online. I would share deals on my blog in My Space (so 2007, I know) to share deals. Well, friends shared with their friends and they wanted to see my blog, but it was private. So, after a while I started a public blog, which is this baby you’re reading now (after a a few moves, tweaks and name changes anyway).

While the service was great, I stopped using it within the first month of blogging. I was becoming impatient with getting the lists, since they didn’t get published until Tuesday and I wanted to shop on Monday. The lists also left off printable coupons and Catalina Deals which are a HUGE saver as well! Plus, I was becoming so efficient at creating lists for the site to publish using a coupon database that I had no need for the service anymore.

Through the early days of blogging, I also saw a major need for shopping and savings education. I would read various forums and realize that there wasn’t a concise handbook or set of materials that helped to educate people when it came to shopping using “focused couponing” strategies so I wrote my Top 5 Tips to Learn how to Shop at the Drugstores that helps eliminate some of the confusion (because it can be confusing).

I later published a Beginner’s Guide to Saving as well!  While some blogs were even charging for this information, at the time, that was never my focus. Helping people in similar financial situations to ours was my focus so charging didn’t seem right for me. That’s why I still never charge for coupon workshops that are available for the public to attend. It’s a complete paradigm shift to tell someone “No, I just want to help you save money – no strings attached!”

During my first year of sharing all that I knew through my blog (which was three years ago!!), I found out ways you could actually earn money by blogging. What?! Are you kidding? I was also one of the first bloggers to share with others how to monetize when no other bloggers would ;)

Not to be a negative Nelly but there was no way coupons would ever help us get out of debt. I had a kid’s surgery to pay for and really just needed to keep our bills paid and not worry about paying a lot on our debt. And, this internet “hobby” of mine would never pay any bills except maybe my Fourbucks habit! Seriously, to think that was even possible was just beyond anything I could comprehend!

I mean, that would be crazy if it could …